One day after a July 20, 2021 rally when more than 150 AFSCME members and their supporters spoke out against threatened cuts to library staff, services and hours in the suburb of Niles north of Chicago, the library board approved a budget plan that avoids the worst of the cuts.

The crowd responded with a resounding “No!”

Posted by PLG member at 9:26 AM No comments:

The Chicago Teachers Union issued a lengthy set of demands that would add at least 4,190 new workers before Chicago Public Schools reopen for fall, in-person learning.

Here’s how you can help: 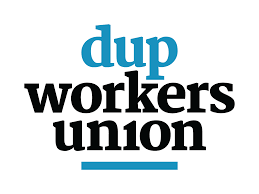 After years of high turnover, low pay, and discriminatory practices affecting people of color and queer people, workers at Duke University Press in Durham, North Carolina, are organizing a union.

The 120 workers do a wide range of jobs: editorial work on journals and books, sales and marketing, IT and business tech. Most are women and most are white—although mostly men occupy the upper-level positions, a reflection of the university publishing industry.

Many of the workers hold advanced degrees but are doing entry-level jobs for entry-level pay because the academic job market is so tight.

The DUP Workers Union would join the Washington-Baltimore NewsGuild. Their campaign is the latest in a wave of organizing in the media and publishing industries.

These workers had hoped things would get better under the new director hired in 2019. But management at the press was either unwilling or unable to negotiate improvements for workers with Duke University. The press is technically a department of the university, which has final say on issues like payroll, though the press generates its own revenue.

Posted by PLG member at 5:48 PM No comments:

“The community is responsible for the library, and the community should have a voice of what happens at the library,” Michael Torres, president of the Library Workers Union, said at a union meeting July 7.

Posted by PLG member at 5:25 AM No comments: 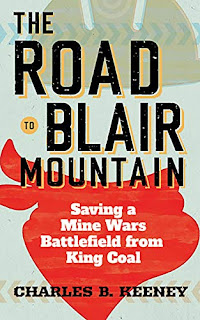 The battle was the largest armed insurrection in the U.S. since the Civil War. The sacrifices of miners and their families who fought on Blair Mountain laid down a foundation that their descendants built upon to gain national labor protection.

Retracing the Miners March to Blair Mountain - Organized by the UMWA

Posted by PLG member at 5:22 AM No comments:

In the last couple of years, staff at museums all over the United States have successfully organised themselves into unions. What has motivated their efforts – and will it improve their lots? 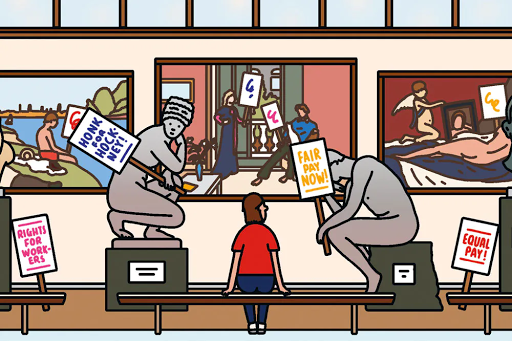 Will unions make a difference at US museums?

The Worthington Libraries board of trustees voted June 28, 2021 to not recognize a demand by library staff to unionize, forcing employees to move toward its own vote.

Here is the response of Worthington Public Libraries United.

Our statement on Worthington Libraries Board of Trustees decision to reject voluntarily recognition and proceed to a union election with a pledge of employer neutrality:
Earlier this week, the Worthington Library Board of Trustees voted to reject voluntary recognition of our union and proceed to a union election. They also pledged to remain neutral during this process.
We are disappointed that our Board chose not to recognize our union based on the overwhelming majority support that we have already delivered to them and to the State Employment Relations Board. However, we are encouraged by the time and attention they took to listen to our concerns during the meeting and we are optimistic about their pledge to remain completely neutral.
We’ll be following up with the Board to discuss details about that pledge.
#WPLUnited #ItsLongOverdue

The 6-1 vote by the seven-member board means that some 180 employees will decide for themselves at a future date whether they'll have union protection. And if a majority of those who eventually vote agree, a first-ever union will be formed at a Franklin County library.

The trustees, in their resolution, also agreed "to support a position of neutrality on the part of Worthington Libraries with respect to the matters considered in the representative election."

"We want this to be completely their decision in a private ballot," board president Lauren Fromme said following the vote. Library officials are permitted to lobby against union formation, and even hire "union avoidance consultants," also known as union busters.

Posted by PLG member at 6:14 AM No comments: