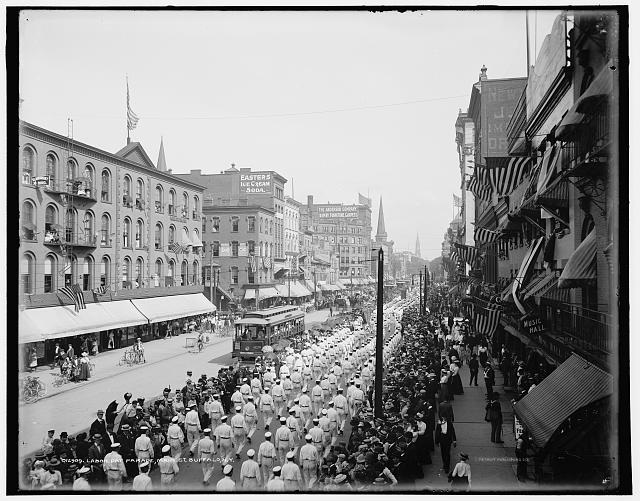 On September 5, 1882, some 10,000 workers assembled in New York City to participate in America's first Labor Day parade. After marching from City Hall to Union Square, the workers and their families gathered in Reservoir Park for a picnic, concert, and speeches. This first Labor Day celebration was initiated by Peter J. McGuire, a carpenter and labor union leader who a year earlier cofounded the Federation of Organized Trades and Labor Unions, a precursor of the American Federation of Labor.

McGuire had proposed his idea for a holiday honoring American workers at a labor meeting in early 1882. New York's Central Labor Union quickly approved his proposal and began planning events for the second Tuesday in September. McGuire had suggested a September date in order to provide a break during the long stretch between Independence Day and Thanksgiving. While the first Labor Day was held on a Tuesday, the holiday was soon moved to the first Monday in September, the date we continue to honor.
Posted by PLG member at 5:15 AM