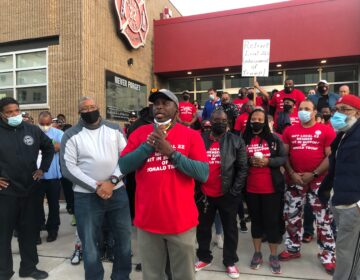 In one of the most visible showings of worker power in Philadelphia in 2020, a group of library workers ousted the boss: Free Library president Siobhan Reardon. The Concerned Black Workers of the Free Library, a coalition across three union locals as well as those not represented by a union, said Reardon had long failed to address a culture of racial discrimination in their workplace after being put on notice about it. Her departure “is the first step in really taking down white supremacy at the Free Library,” said library community organizer Andrea Lemoins at the time.

These workers showed what’s possible when organizing across not only several union locals but also the nonunionized. In doing so, they protected their nonunion coworkers — the kinds of workers who are less willing to speak up because they have fewer workplace protections. And they seized on a moment of national racial reckoning. Though they had been organizing for Reardon’s ouster for more than a year, they accelerated their campaign a few weeks after the Black Lives Matter protests began in the summer, making their calls harder to ignore. Reardon stepped down a month later.